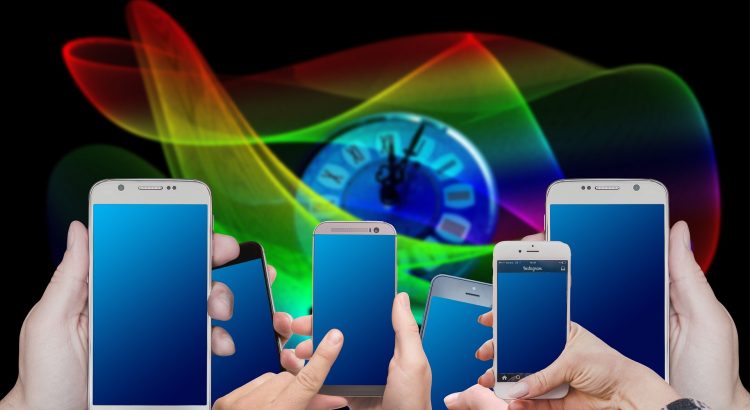 Did you know that the first computer occupied 1800 square feet?  Yes, it was the size of a huge room or rather the size of a house.  This computer took 3 years to construct and was completed in 1946.

If you fast forward to 2018, 72 years later, a computer which took a room to occupy has given way to a multitude of mobile app development trends which are simply mind-boggling.

You can more or less do anything through an app, from shopping for groceries or even clothes to booking a cab, a hotel or plane tickets.

In fact, almost each and every popular business in town has an app which can be easily downloaded for meeting so many needs.

As of March 2017, according to a Statista study, there were altogether 5 million mobile apps available, 2.8 million through Google Play store and 2.2 million through the Apple Store.

However, a whole new dimension is being added to what will be trending in 2018.  What is it all about?

Sci-fi books and movies have been featuring robots for decades.  With Siri and Alexa, this is slowly becoming real.

Siri and Alexa are both described as intelligent personal assistants.  They are both programmed to recognize the human voice.

Through voice and language recognition, they can help you do everything from waking you up to catch a flight to informing you which route is the best to take while driving.

Siri is an important app of the latest iPhones, iPads and other Apple products.  Alexa is a product of Amazon.

So, with Siri and Alexa gaining further ground in 2018, the day when robots, big and small, will be walking on the face of our planet is not too far away.

The internet has helped in connecting us to a vast foray of websites and webpages loaded with information.

In some sci-fi movies, you may have observed various gadgets talking to each other.  Imagine your smartphone talking to your car, lawnmower and fridge.

Well, “the truth is stranger than fiction.”

Soon, smartphones will make contact with cars (some of them will be driverless) and lead them away from traffic-clogged roads.

What else?  An app downloaded through your smartphone will also signal to your lawn-mower that the grass is growing, and it is time to mow the lawn.  Perhaps, there will be more automated lawnmowers, like driverless cars, in the future.

Also, another smartphone app will also let you know that food stowed away from a party in your fridge needs to be quickly finished up.

The Internet of Things (IoT) has growing applications and will slowly come to the forefront in 2018.

Augmented Reality (AR) and Virtual Reality (VR) are two other trends that are making their presence felt in the gaming as well as the medical field.

Pokemon Go is one such Augmented Reality (AR) game with a medium level of popularity.

With this game, animation creatures are projected into real-life environments for the gamers to interact with and are an integral part of the game.  Pokemon Go is available as an in-app feature in smartphones.

Other such AR games include iOnRoad, Sky Siege and myNav.

Virtual Reality products like Nokia’s can enable people to feel different situations with added vividness.  It is included in gaming and even in journalism, eg., to help people grasp what it is like to be a refugee fleeing a war-torn country.

However, there have been instances of some Augmented Reality (AR) and Virtual Reality (VR) games being designed, which have had very harmful effects on vulnerable teenagers and young people.

So, the development of AR and VR games need to be regulated, but like any gaming trend since the early Mario brothers and other Nintendo games, it is all set to gain momentum.

Wearable devices are slowly catching on.

You may slowly begin to prefer a wearable watch such as an Apple Watch to a conventional watch.  After all, you can do a lot with such a watch such as tracking your pace while you are jogging to sending emojis to your friends.

Google Glass and Hololens are other wearables which are being developed.

More importantly, wearable devices will increasingly be used in the medical field.

Using wearable devices, a patient’s temperature, blood pressure, pulse rate and other vital signs can be easily tracked and monitored, instead of making them rush to the diagnostic department or clinic now and then.

Block-chain technology is another mobile app development trend which is going to become more prominent in the coming years.

Block-chain technology consists of a series of distributed and programmed records, “blocks,” which are incorporated into what is known as cryptography.

The first block-chain database was developed by Satoshi Nakamoto and a group of anonymous programmers worldwide and was incorporated into bitcoin, one of the earliest forms of digital currency.

It is very secure, cannot be altered and can be used in lieu of real currency for managing huge assets like land.

Cyber-security is always a major concern for anyone using the internet.

Security is in fact a crucial part of offering an excellent UX (user experience) to mobile users.

To further improve cyber-security in mobile app development, Apple iOS has switched from Objective-C to its very own programming language Swift.

So, from AI (Artificial Intelligence) to enhanced cyber-security, there will be remarkable mobile app development trends in 2018 which will further revolutionize our lives.

Is Education App the Future of Online Learning?
Why should Tour Companies have Mobile Booking App?
How will Wearables Influence the Future of Mobile Applications?
Should small businesses need a Mobile App?

So you want a new

We are Adroitte. An award winning team of web design experts determined to help you establish your online presence with a user-friendly website. Fill the quick form below and lets launch your business online.